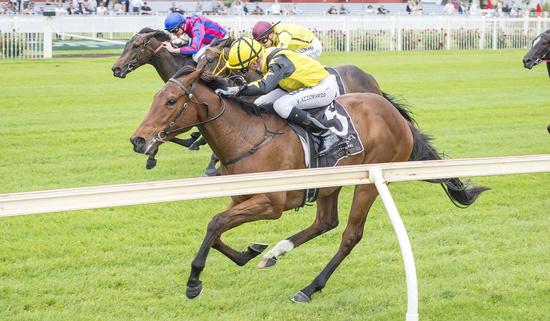 Ascot trainer Trevor Andrews is under no illusions how difficult a task he’s setting his two fillies Princess Pierro and Winifer in Saturday’s Listed Ascot 1000 Guineas (1800m), but is hopeful they will do enough to enhance their WA Oaks credentials.

The pair are yet to win a race, with Winifer having had one start previously, while Princess Pierro has recorded six placings from her 12 starts.

After showing promising signs as a two-year-old, including a second to Lady Cosmology in the Listed Supremacy Stakes, Princess Pierro is still yet to record a victory.

Andrews said Princess Pierro, a beaten favourite at her past two starts, had been ‘fairly disappointing’ and indicated the filly was running out of time to prove herself on the track.

“You only get one opportunity to have a go at these fillies races,” he told The Races WA.

“The Pierro’s have been getting over middle distance, so we thought we’d step her up in distance and see how we go.

“If she doesn’t go as well as we hope, she’ll probably be looking towards retirement.

“Her last few runs have been better runs of late.”

Troy Turner takes the ride on Princess Pierro for the first time on Saturday, where she has drawn barrier nine.
Andrews said he expected the filly would take up a prominent position in running and felt his filly would relish the trip.

“Most of these fillies on Saturday are untried at the trip,” he said.

“Without Assetro, the exposed form, it’s a pretty even field.

“She’s done plenty of work, so she won’t be lacking any fitness.”

Princess Pierro is rated a $31 outsider with TABtouch, with the market headed up by the Grant and Alana Williams-trained Adornment.

Andrews other filly Winifer is the outsider at $126.

Despite the price, Andrews is quietly confident the filly will acquit herself well.

“She was a bit lacklustre in her trials,” Andrews said.

“We threw her in an all aged 1400 first-up and we rode her back, but she found the line really well.

“It’s a quick back-up from the first start, but I’m happy with the way she’s done.

“She should be running the trip out strongly.”

Andrews came close to winning the Listed feature last year when Private Dancer finished third behind Like A Butterfly.